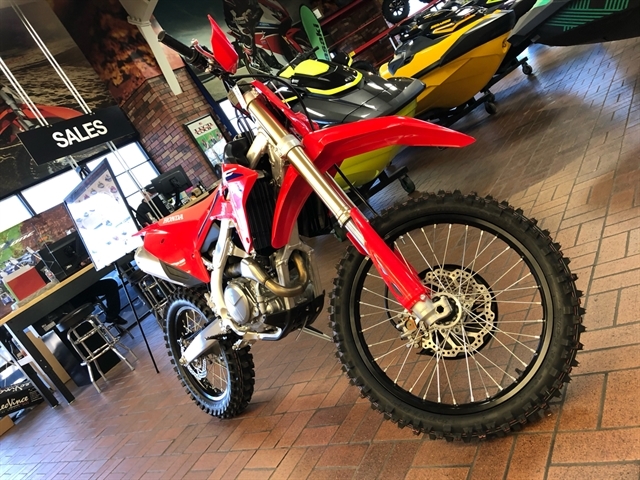 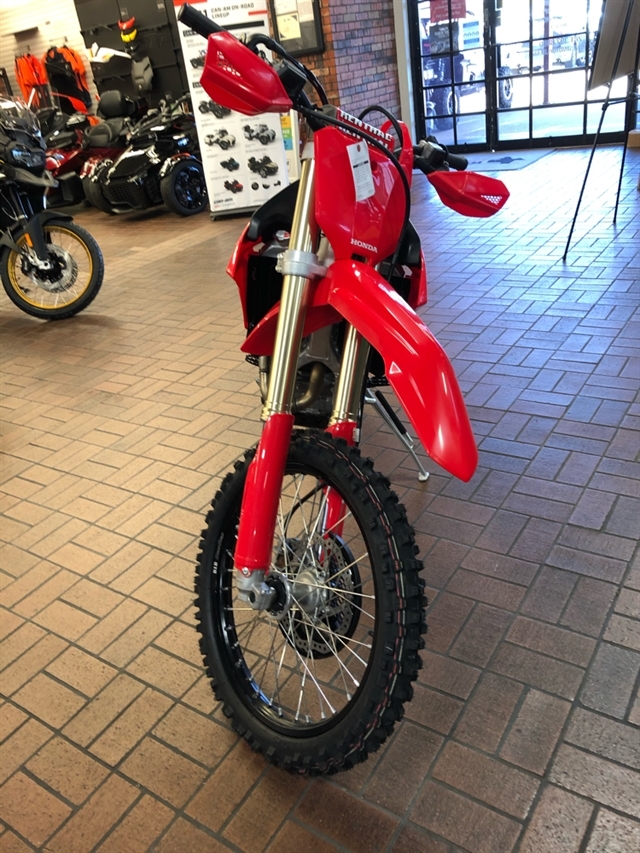 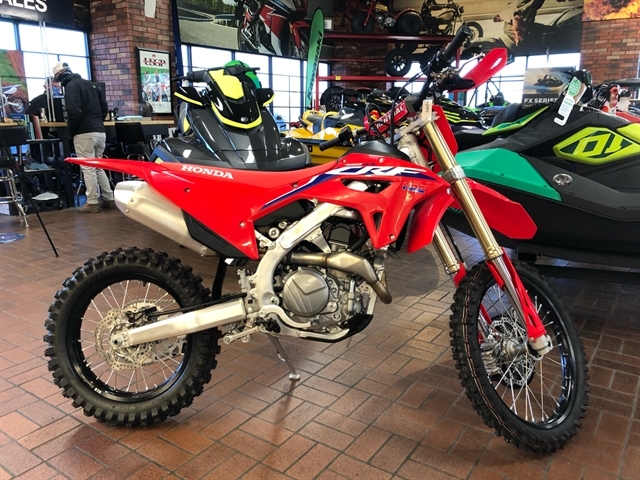 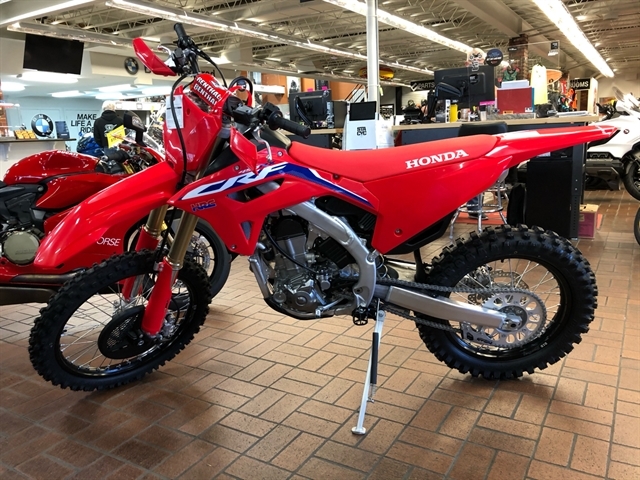 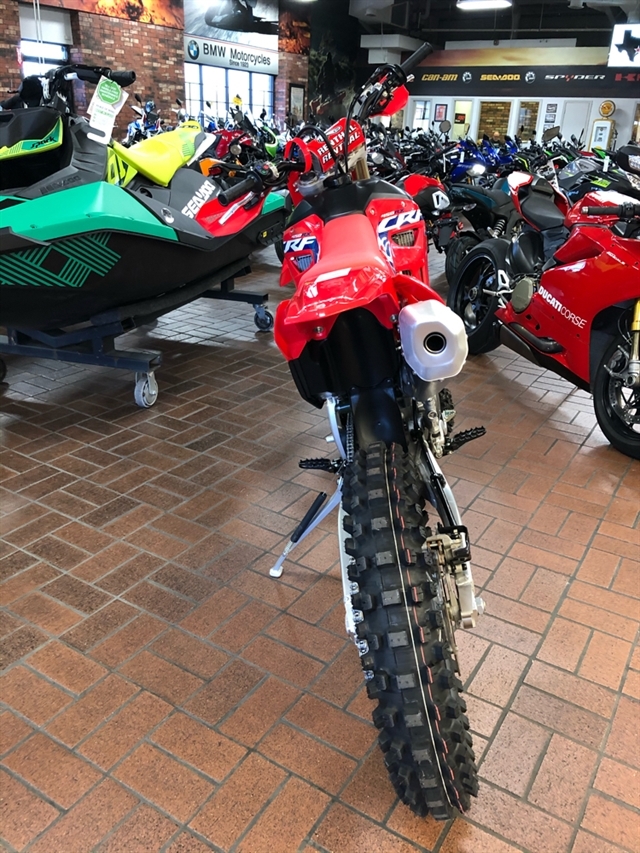 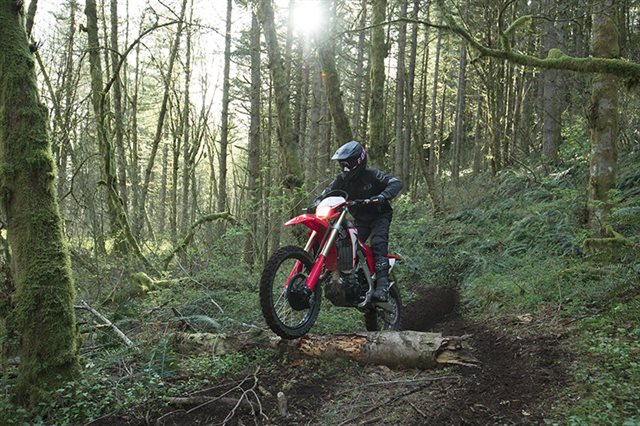 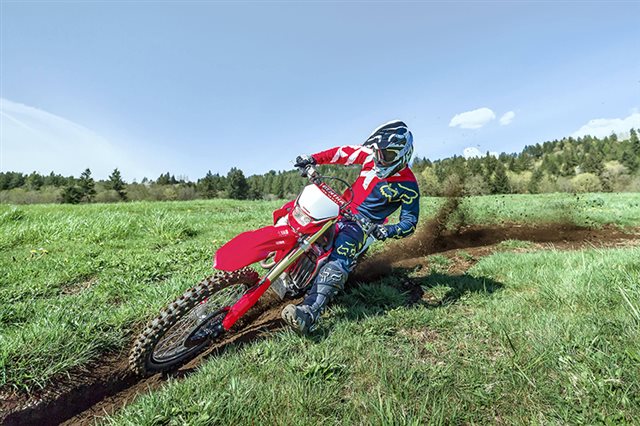 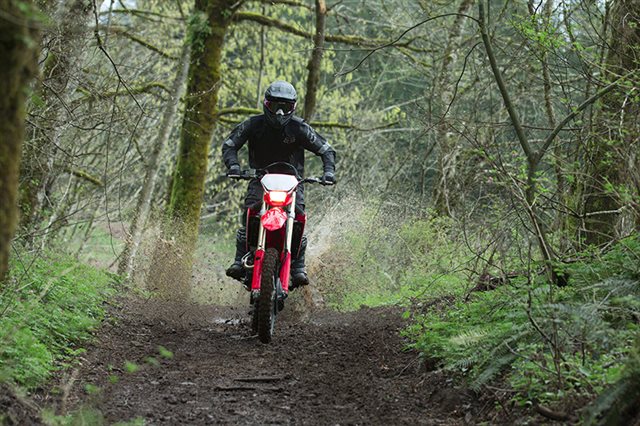 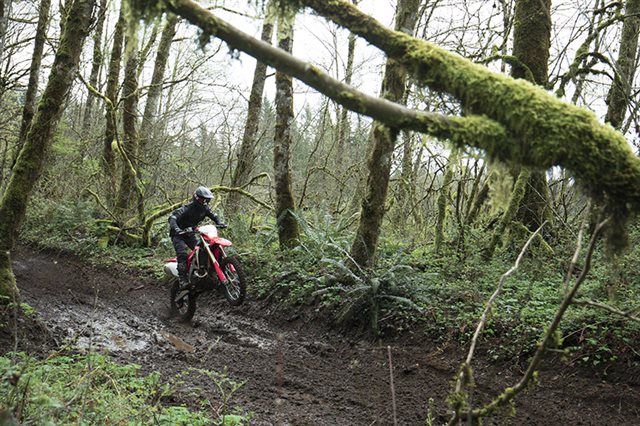 300 people have recently viewed it.
Description

THE REDESIGNED 2021 CRF450RX
Enduro racing is an ever-changing challenge—the terrain, the competition, the weather, the course. And you can’t be static in a changing environment if you want to prevail. That’s why we’ve given the class-leading Honda CRF450RX so many big changes this year. Basically, it gets all the same awesome upgrades as our CRF450R: new frame, cylinder head, hydraulic clutch, clutch internals, fuel injection, single-muffler exhaust, and more. Plus we’ve fine-tuned the suspension specifically for enduro riders, shaved approximately four pounds off last year’s bike, and even hooked you up with factory handguards. All in all, it’s the highest performing bike we’ve ever offered in the class. Embrace the changes—then embrace victory.

LIGHTER, NARROWER FRAME
Great handling starts with a superior frame, and we’ve made some big changes to our 2021 CRF450RX’s chassis. First, it’s lighter—over a pound and a half lighter. By making the frame’s main spars narrower, we saved weight, but more important we made the chassis more responsive by reducing lateral rigidity 20 percent. The result is a bike that gets into, around, and out of corners faster.

NEW HYDRAULIC CLUTCH
This is huge news for the 2021 CRF450RX. Made by Nissin, the hydraulic clutch performs better than third-party conversions. You get a clutchlever pull that’s ten percent lighter at its peak, even though it’s paired with a clutch that’s much stronger. Plus, you’ll never have to worry about making a clutch-cable adjustment, even during the longest events.

NEW AIRBOX AND FILTER
Along with the new air filter, the airbox shape helps deliver more torque. You can access the airbox through the left number plate. And because the new filter has no rubber gasket where it interfaces with the intake boot, cleaning and servicing the filter is faster and less messy than ever.